There are many discussions in the music industry regarding Spotify’s impact, on whether it is making it harder or easier for music artists to make a good living from their craft. So the questions are, is it possible as an independent artist/acts, to make a decent income from Spotify and if so, how?

Combing creative forces with someone else is often a tricky exercise. It requires a bit of mutual trust and respect between the writers, and if not done wisely, can have catastrophic results both from creative and business points of views. We asked no.1 hit song writer, author and songwriting coach Mark Cawley for some tips, and he gave us 5 that he uses in his collaborative songwriting process.

Listening is probably the most important one and the hardest to practice. For me, I was always prepared with an idea, a title, a guitar lick, drum loop… something I was excited about and wanting to get it going. I found that if pushed on any of these I was gonna get my song done but it would not be “our” song. Big difference. Being open to the other writer (or writers) input can make a huge difference. It’s the only way you’re gonna get something bigger and better than yourself! Talk with a co-writer and listen.

I know I mentioned that in the first point but there’s a difference between coming in guns blazing with your idea and holding back for the right time to present it. Sometimes you hit a wall with a co-write and no one really has anything to offer. That is a good time to pull out your idea.

Be sure and leave room for the other writer. By this I mean if you present a full blown idea or track, the other writer has no room to contribute. In fact they may resent it. Another way to approach this tip is to look for a writer who does what you don’t. You looking for a ‘sum greater than the parts’ and the opportunity to learn from someone.

Whenever it’s comfortable discuss how the song will be split. I’ve written in lots of different situations with artists and other songwriters and what you think is a “given” may not be that at all. In Nashville it’s pretty much an even split with whoever is in the room. In other situations it can be different. It is good practice to introduce the topic as early as possible without sounding like a pain in the ass! If your song gets some interest later and you haven’t sorted out the split, it gets waaaay more difficult to sort out.

5) Your Attitude is important

Don’t be the ‘Pain in the ass’. The songwriting world is smaller than you imagine. People know each other and share the information freely. If you’re good, show up prepared and on time and you’ll have people seeking you out. If you’re precious and high maintenance you better be a genius.

Mark Cawley is a hit U.S. songwriter and musician who coaches other writers and artists to reach their creative and professional goals. During his decades in the music business he has procured a long list of cuts with legendary artists ranging from Tina Turner, Joe Cocker, Chaka Khan and Diana Ross to Wynonna Judd, Kathy Mattea, Russ Taff, Paul Carrack, Will Downing, Tom Scott, Billie Piper, Pop Idol winners and The Spice Girls. To date his songs have been on more than 16 million records. (Source idocoach.com).

In 2019 Mark published his book ‘Song Journey’. Click here for more information on the book. 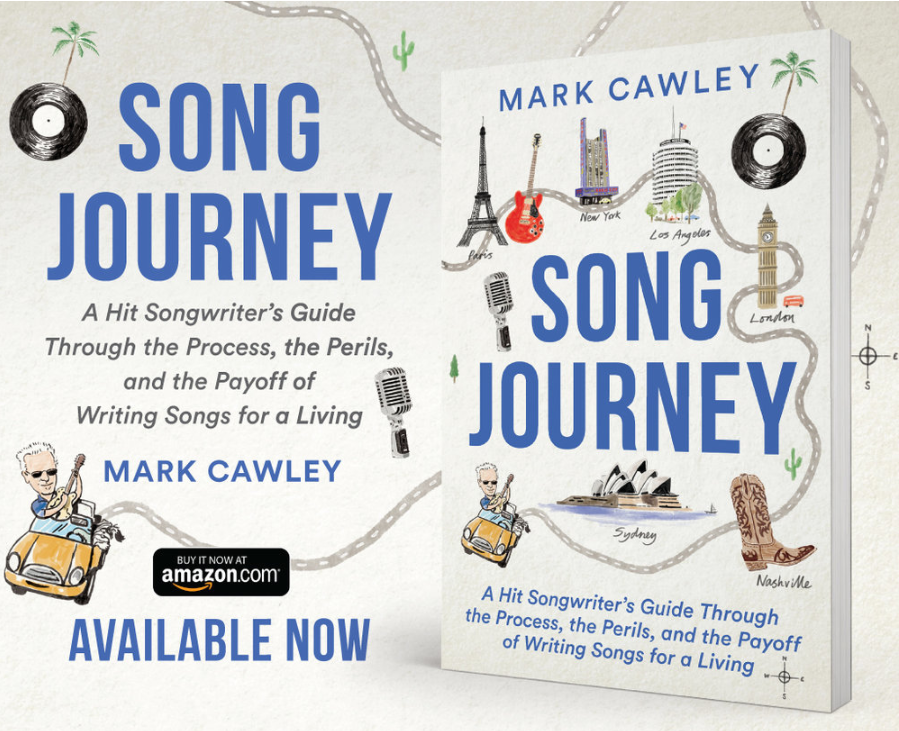 Song Journey – A Hit Songwriter’s Guide through the Process, the Perils and the Payoff of Writing Songs for a Living’.

Miley Cyrus was at the forefront of Pop culture in 2013. Many of us remember her outlandish, controversial behaviour including twerking at the VMA’s, stating publicly to Rolling Stone that “weed is the best drug on earth,” and swinging nude from a wrecking ball all have taken her exposure (no pun intended) to astronomical heights.

But behind all the hype and controversy lies a talented artist who was able to take a song that was provided to her by some of today’s hottest hitmakers, make it her own, and deliver it in an infectious, engaging, memorable manner that was able to connect and resonate with the masses on a global scale.

There’s a lot that can be learned from that we’ll explore in this song analysis of Wrecking Ball by Miley Cyrus. You just need to look beyond the hype and appreciate the song for what it really is – a clever, expertly well crafted Power Ballad.
To date, Wrecking Ball has landed in the top 5 in 24 countries and hit #1 on 12 charts.

What follows are 3 of the many hit songwriting techniques that can be extracted from Wrecking Ball:

Incorporating clever elements into your song is a surefire way to help put it over the top. In the case of Wrecking Ball, there are 2 that you should take note of:

Following the powerful nature of the chorus which perfectly accentuates the “wrecking ball” themed lyrics, notice how the bridge brings it all down by taking on a more heartfelt, fragile and somber tone in order to accentuate the realization and hurt present in the lyrics. Gone are the drums and electric guitar of the chorus, and in its place we have strings, piano and bass coupled with a more somber, heartfelt vocal from Cyrus which takes the evocative nature of the section to the next level when she sings “I never meant to start a war, I just wanted you to let me in…”

Not only are all the elements working in perfect tandem with one another, but also notice how the profound difference between the bridge and preceding chorus provides strong contrast within the song, which ultimately makes for a more engaging listening experience.

When your song features a really big, powerful chorus, how you set it up for maximum impact makes all the difference. In the case of Wrecking Ball, the set up consists of the following 3 stages:

Stage 1: The backing music fades from the mix at the tail end of the pre-chorus. The silence that follows acts to heighten the tension factor for the listener in anticipation of the chorus that follows.

Stage 2: Cyrus slams in with the “I came in like a…” vocal. Notice that this is a SOLO vocal. The backing music isn’t present within the mix.

By going through this 3 stage set-up, it enables the full chorus to slam in with the impact of a “wrecking ball,” ultimately taking the impact of the section, and the song for that matter, to the next level.

For more insight and breakdowns on the latest songs, visit HitSongsDeconstructed.com